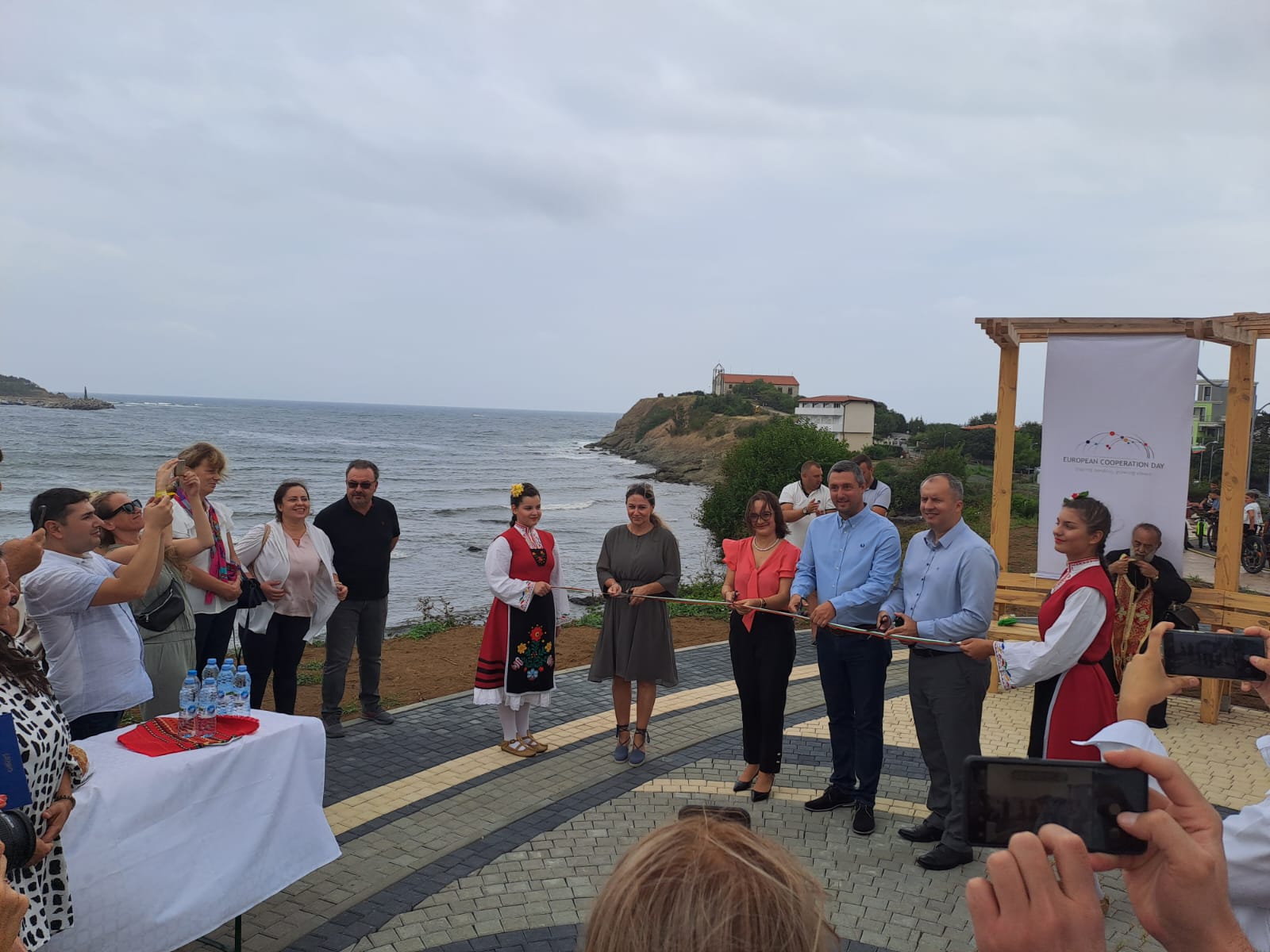 The European Cooperation Day, encompassing various activities conducted every year under cross-border cooperation programmes throughout Europe, was celebrated with the motto “European Year of Youth” on 24th of August in Tsarevo, Bulgaria within the scope of Interreg-IPA Türkiye-Bulgaria Cross-Border Cooperation Program. 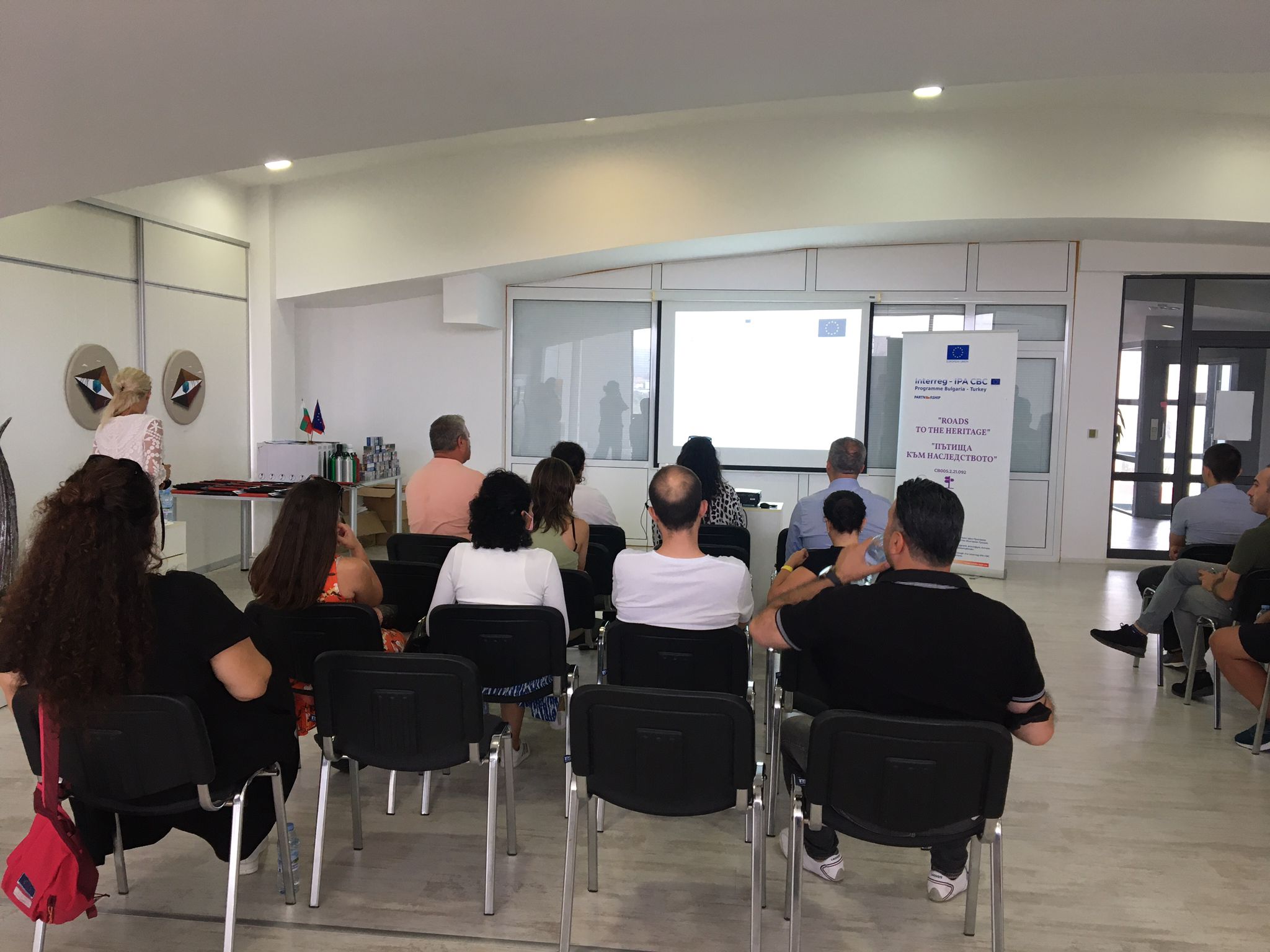 Within the context of the European Cooperation Day, 11th Aniversary of which is celebrated this year, the closing ceramony for the project named “Roads to Heritage”, financed under the second call for proposals of Interreg Türkiye-Bulgaria Cross-border Programme, was conducted. In addition to the programme authorities, representatives of the project beneficiaries, which are the Tsarevo Municipality and Kırklareli Special Provisional Administration, and local population attended the event. Burgas Consul General of Turkey, Ms. Senem Güzel, and Mayor of Tsarevo, Georgi Lapçev, made welcome speeches for the participants. 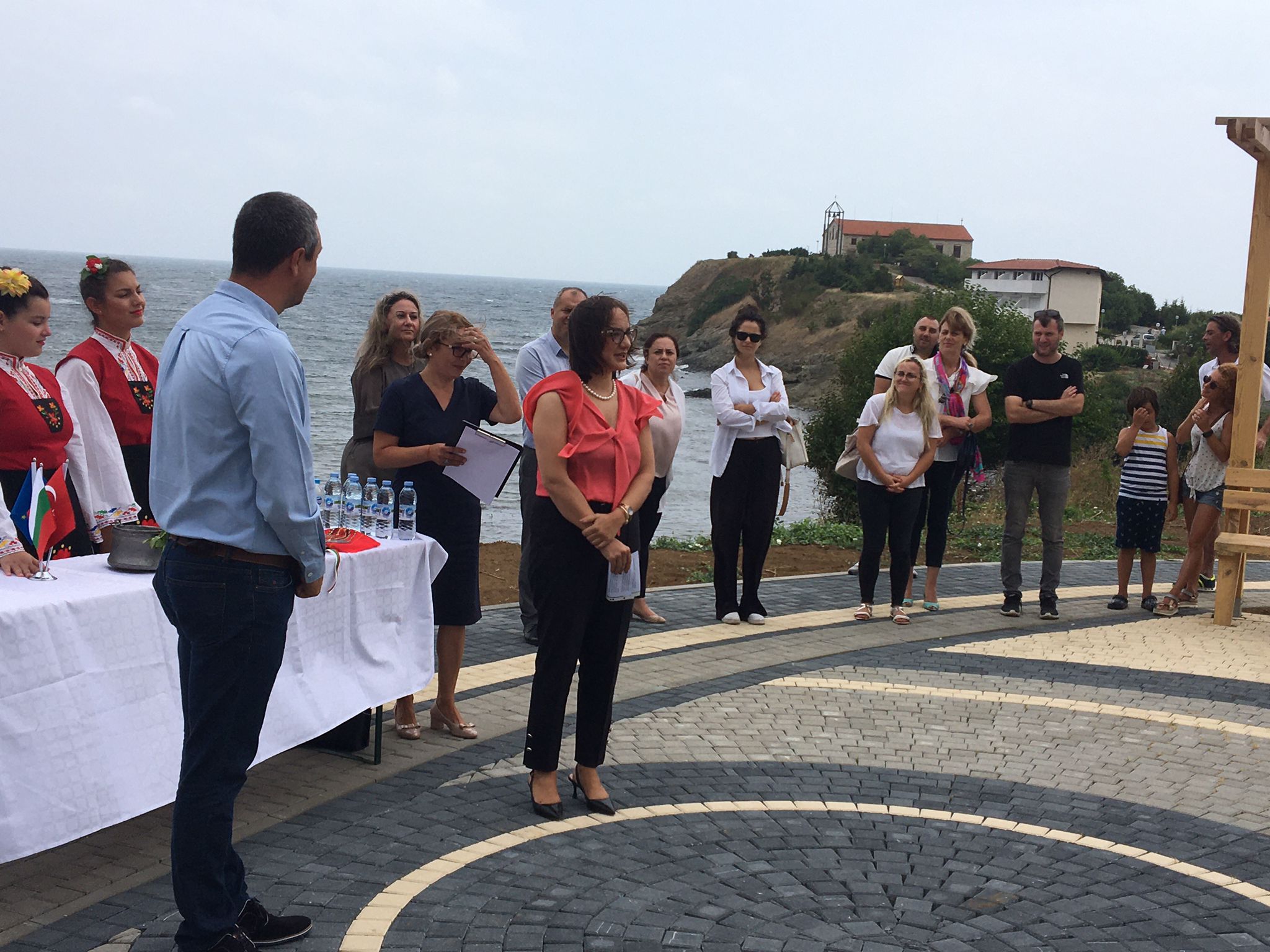 At the event, the opening ceremonies for the beach road and bicycle track, which are constructed under the project, was conducted, followed by a demonstration by cyclists from Bulgaria and Edirne Club of Nature Sports (EDOSK) and an award ceramony for young cyclists. The event was finalized with a tour of Tsarevo Municipality History Museum and a press conference at this venue. 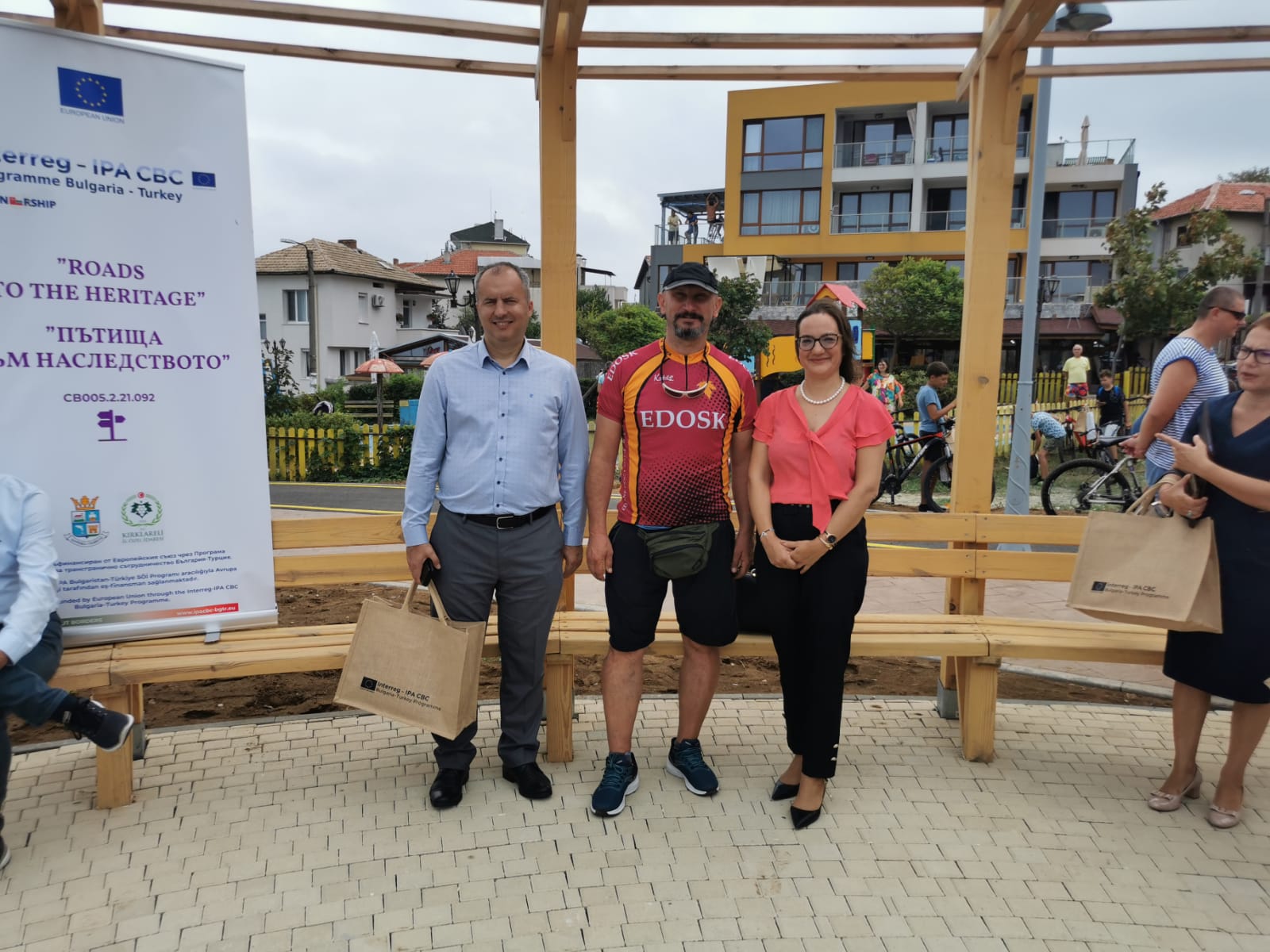 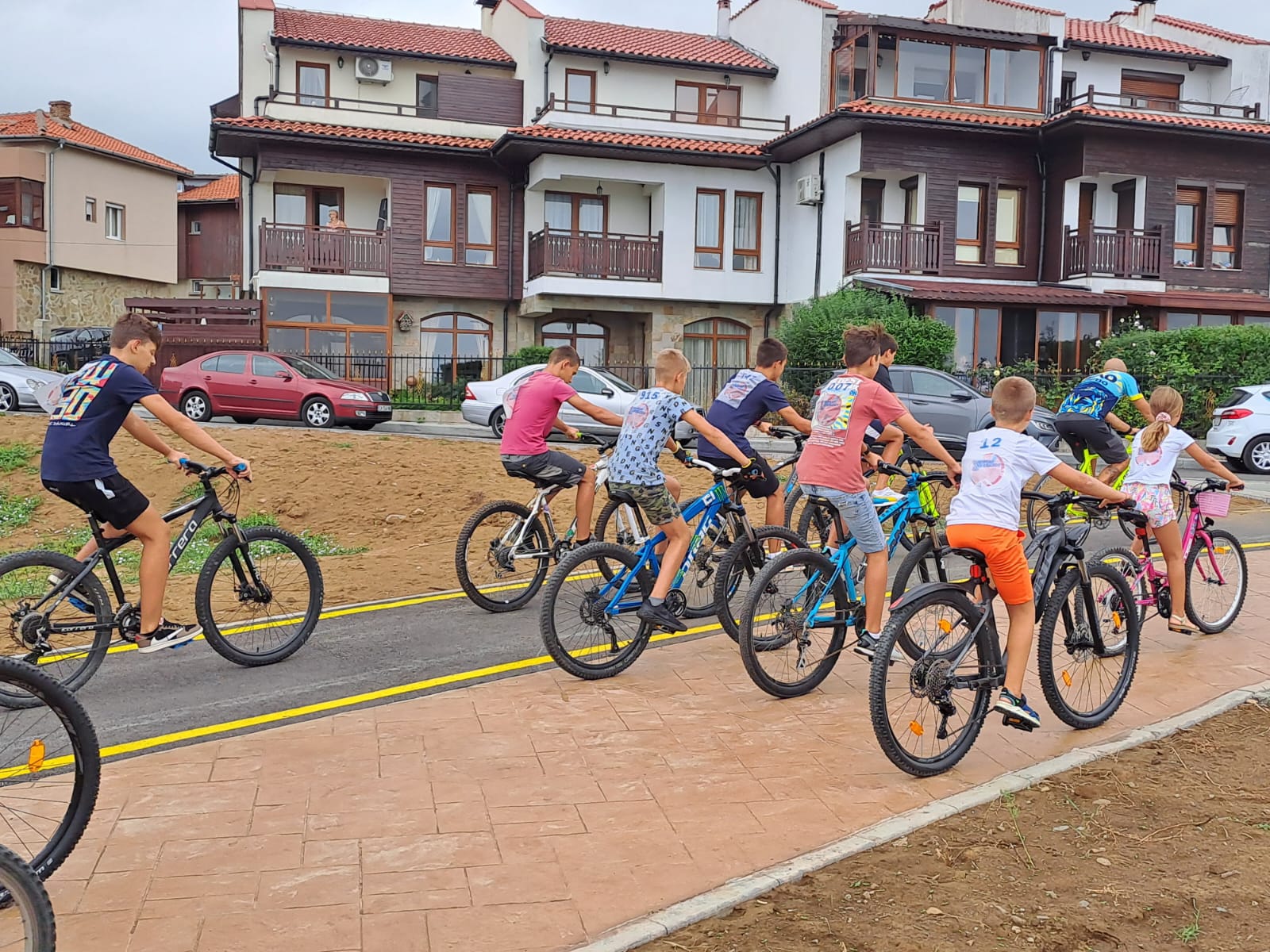 The European Cooperation Day celebrations are organized in cooperation with the Bulgarian Ministry of Regional Development and Public Works (Managing Authority) and the Directorate for European Union (National Authority), and the Joint Secretariat of the INTERREG IPA Bulgaria- Türkiye Cross-Border Cooperation Program (Hasköy and Edirne).